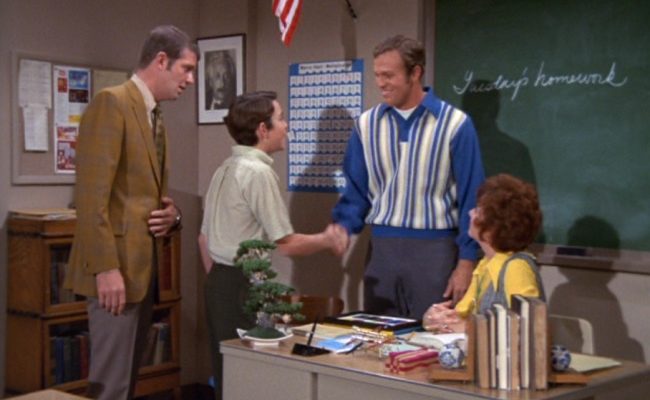 Here’s an exchange that happens every time someone is taking down my info, complete with inner monologue:

“Ha, of course.” You knew what the fuck I meant.

I am pathologically incapable of just saying no to that question and I blame The Brady Bunch. Wait, what? You know the episode when Greg is in love with someone named Linda, who turns out to be his math teacher, who turns out to be engaged to Wes Parker, who then autographs a baseball for Greg? Wes asks if Greg is spelled with one G or two, and while Greg is too starstruck to say anything, Mr Brady helpfully answers, “One.” Well that haunted me for YEARS. How do you spell Greg with one G? Greh? Rrrrreg? I was out of ideas. Years later I was watching with my sister and when we got to that part I asked her and she told me he meant one or two at the end. Greg or Gregg. Ohhhhhhhh. Thanks for clearing that up, Tracey! Now, if anyone can explain why the decoy Linda in the same episode is supposed to be from Seattle but has an English accent, that would be great.

So, as obnoxious as it might be, I’m always going to point out the two E’s in the middle. Imagine some kid spending years agonizing over how you can spell green without an E? I’m not going to have that on my conscience.